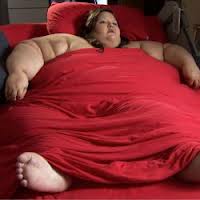 It sports extra hard and never give fatty foods but still fat too? Do not get discouraged yet, maybe you can blame the virus as the culprit of rising scales. In addition to inviting a variety of diseases, obesity also reduces physical appearance. Therefore, the experts continue to try to find the cause of obesity.

Suspicion falls to the virus called adenovirus 36 (also known as: AD 36), a virus that often causes eye and respiratory infections. The virus is thought to cause stem cells in the human body into fat cells.

"We're not talking about preventing diabetes, but if obesity is caused by viruses in the human body, then later we make a vaccine to prevent obesity," said Nikhil Dhurandhar of the Pennington Biomedical Research Center, Louisiana, USA. In this research, experts in laboratory animals infected with adenovirus 36 (AD 36). "Fat cells in these animals so accumulated," said Dhurandhar.

He also added, in a large-scale study of the human mind overweight people infected with the virus were three times more than thin people. obesity virus-adenovirus Ad-36, experts say adenovirus 36 is one of the ten types of pathogens associated with obesity. Chances are there are many other types of viruses around us.

Aware that many people may not believe the virus could make the body fatness, Dhurandhar explained, "There are many factors that make people obese, ranging from simple explanations such as eating too much, to a viral infection," he said.

Going forward, Dhurandhar and his team hope to develop a preventive vaccine virus, but now he will concentrate on a better understanding of how adenovirus causes people to become obese.
Hopefully the article Adenovirus 36 - Virus Causes of Fatness useful for you.
Share: