Technology Research Treatment of Diseases of the Brain and Nervous System

Optogenetics: Technology Research Treatment of Diseases of the Brain and Nervous System 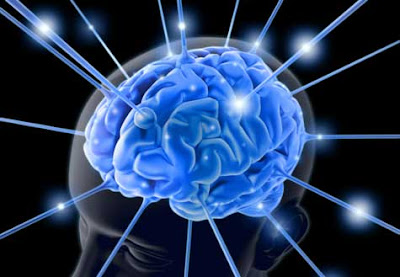 Optogenetics, is a Technology Research will be developed as a method of treatment of brain diseases and disorders of the nervous system, which work by relying on the genetic manipulation of the nerve cells in the brain specific. Furthermore, the nerve cells that have undergone such manipulation is stimulated by laser light to control specific functions. So the brain diseases with excessive activity could be inhibited by the technology of the light. Likewise nerve cells slowing activity in the brain can be stimulated or activated, so that brain function can return to normal.

This method is believed to be much better and more promising in the treatment of specific brain function, when compared to conventional treatment methods work. The brain consists of billions of nerve cells (neurons) are interconnected. The relationship between nerve cells is called Synapses. In the nerve cell connections (synapses) occurs via electrical impulses (electrical synapses) and chemicals that form as a intermediary neurotransmitter. Neurotransmitters play a role in the regulation of inter-neuron system work, so that when the disruption of neurotransmitter, the neurons would react abnormally.

In today's understanding of neuroscience, ranging aspects of genetic and organ systems, and networking nerves in the brain. In the creation of technology that is able to implement all the idea of ​​mapping the brain, which gives a detailed circuit diagram of the brain, and subsequently gave birth to the understanding of brain function in detail.

Microcircuit functional brain anatomy, it is determined by the role types of brain cells (excitatory and Inhibitory), especially inhibitory neurons have very much functional variation and by intrinsic physiological comprising: fast spiking, regular spiking, Adapting spiking, irregular spiking, and many other types.

Laser light blue (Blue Light), Laser Light orange (Orange Light), laser or light yellow (Yellow Light). Furthermore, the dynamics of the brain can be controlled based on the specifications of light streamed into the brain through a specific fiber so that a variety of neurological diseases and brain kelaianan, due to disruption of the function of certain nerve cells can be modified to play an activate (ChR2) or vice versa (NhpR and ACHR), to be achieved state of normal brain function.


Hopefully the article Technology Research Treatment of Diseases of the Brain and Nervous System useful for you.
Share:

I am 29 years old and have been diagnosed with breast cancer, ease of treatment and a similar story, except for my first acceptance as a rejection of herbal medicine. I was not part of the Perseid movement and did not really build relationships with any of them, I just believed in their operation. I say this because it was during the use of Dr. Itua herbal medicine that I now attest that herbal medicine is real, the phytotherapy Dr. Itua heal my breast cancer which I suffered for 2 years. Dr. Itua herbal medicine is made of natural herbs, with no side effects, and easy to drink. If you have the same breast cancer or any type of human illness, including HIV / AIDS, herpes cancer,Ovarian Cancer,Pancratics cancers, bladder cancer, bladder cancer, prostate cancer, Glaucoma., Cataracts,Macular degeneration,Cardiovascular disease,Autism,Lung disease.Enlarged prostate,Osteoporosis.Alzheimer's disease,psoriasis ,Tach Diseases,
Dementia.kidney cancer, lung cancer, skin cancer, skin cancer and skin cancer.testicular Cancer, , LEUKEMIA, VIRUSES, HEPATITIS, INFERTILITY WOMEN / MAN, LOT OF LOVE, LOTTERY. ITS CONTACT EMAIL / WHATSAPP: Or drituaherbalcenter@gmail.com/ +2348149277967
Here is my contact phone number. +1-913-9518-145 if you would need some advise from me.